Live From Constructions
Archi Saburtalo A

Archi is a leading development company in Georgia.

Archi has gifted an apartment to the chief doctor of the Georgian Olympic team Zurab Kakhabrishvili. Archi team together with the two-time champion and Archi family member Lasha Talakhadze attended the gift-giving ceremony at Tbilisi Philharmonic hall. Lasha actively assisted in the preparation for the surprise.

“The gift was unexpected and obviously I am very happy. I would like to thank the Archi team for giving me this recognition and constantly supporting Georgian sports,” – said Zurab Kakhabrishvili.

"Archi is one of the avid supporters of Georgian sports. We always try to support Georgian athletes and promote a healthy lifestyle. Mr. Zurab Kakhabrishvili has contributed enormously to the success and victory of the Georgian team. We would like to give an Archi apartment to him as a mark of appreciation for his hard work and devotion,” – said Shio Khetsuriani, General Director of Archi.

Zurab Kakhabrishvili has been the Chief Doctor of the Georgian Olympic team since 2000.

“At the Tokyo Olympics, Georgian athletes have achieved the best results in the history of Georgian sports. Georgian doctors have played a significant role in this victory. Mr. Zurab Kakharbishvili has contributed greatly to the success of the Georgian champions. We, at the Tokyo Olympics, have witnessed the doctor’s devotion to the Georgian team and his happy tears. I am happy that the Georgian team has such a professional doctor. We wanted to make the doctor happy and decided to give him an Archi apartment in celebration of his hard work, - said Ilia Tsulaia, Archi Founder.

The Georgian Olympic team has broken all the previous records in the country's history since its independence and returned with 6 medals from the 2020 Olympics.

Archi is a leading development company in Georgia. Archi makes sure that 5% of the company's profit is allocated for social projects such as the popularization of a healthy lifestyle and support for the Georgian sport. 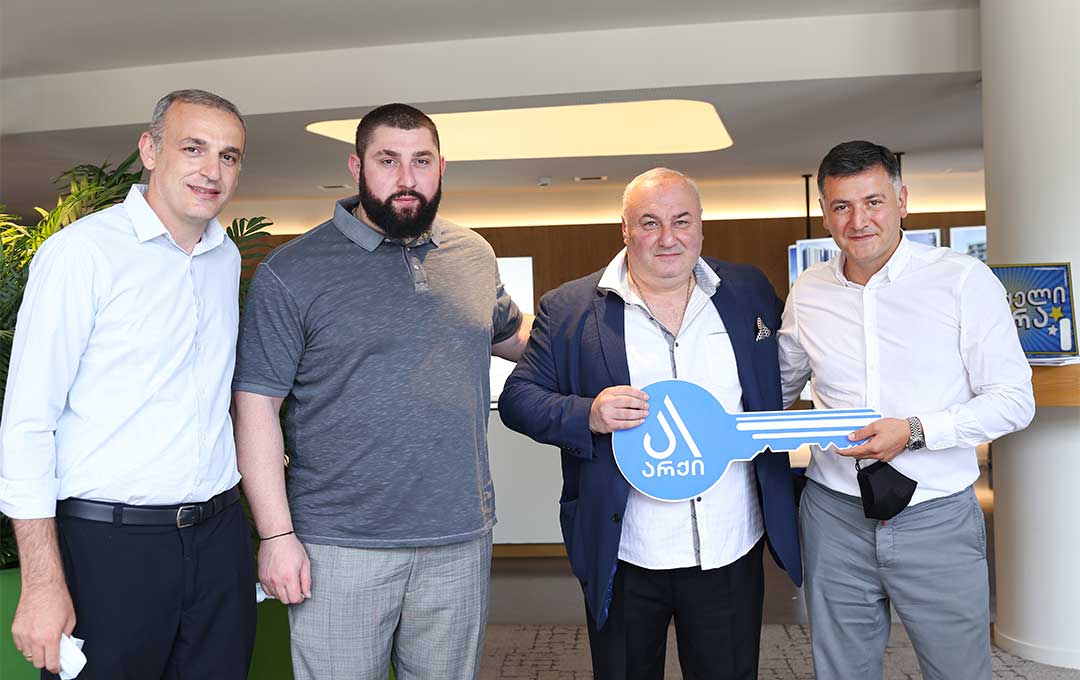